With an artistry and passion undoubtedly shaped and influenced by his great uncle Pablo Picasso, Jacob Vilató is finding creative success on his own terms. 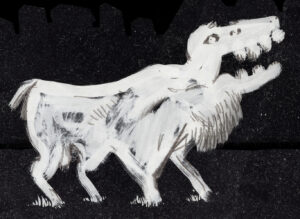 Jacob Vilató never knew his great uncle Pablo Picasso, yet the renowned artist’s influence permeated Vilató’s Barcelona childhood home. Picasso’s paintings and drawings blanketed the walls, affording an atmosphere of creativity. To a young Vilató, art was simply a part of life, as requisite as food and air. This culture-rich environment entailed advantages, but it also cast a shadow for the artists in the family, of which there were many. Despite his own innate artistic talent, Vilató stepped away from his heritage and initially selected architecture as his path, founding his own firm with offices in Spain, China, and India. But his artistic impulses persisted, and he eventually added furniture design to his portfolio, for which he received recognition in magazines such as AD, Surface, Azure, and Elle Decor. Artistic juices flowing, he decided to step away from his growing architectural practice in 2018 in order to start a more personal and creative endeavor, Vilató i Vilató, a Barcelona-based art and design firm focused on artistic objects and furnishings. Business partner Itzel Culebro, a native of Mexico, is outgoing and detail-oriented and handles marketing and communications, while the introverted Vilató provides the vision.

In concert with this new firm, Vilató rediscovered his lifelong passion for painting, and in 2019, he revealed his work to the world via Pope Francis’ Scholas Occurrentes Foundation, when two of his paintings were auctioned for charity at more than $50,000 each. His art can now be found in public and private galleries throughout Europe, Mexico, and the United States.

“I don’t usually feed his ego, but I do admire and love his work,” laughed Culebro, with whom Vilató shares a humorously sardonic rapport. “But I don’t let him hear those words from me very often, so when he does, he enjoys it deeply. I’ll tell you this, we spend a lot of time at the studio so I call myself lucky since I’ve been able to see him painting many times and it is a privilege.”

Haute Living San Francisco was equally lucky to recently touch base with the talented and incredibly humble Vilató:

HL: Your family members represent both left brain and right brain tendencies, with some veering to science, and others following an artistic path. You found middle ground with architecture.

JV: On my dad’s side they are either doctors or painters. My father chose medicine, just as his father because he felt there were already too many painters in the family. As for painters, some came before Picasso and some after. My uncles Javier Vilató and J. Fin had successful careers that started in Barcelona and ended with the so-called School of Paris. I chose architecture, the perfect blend of art and science. That decision likely came from my gentle nature, trying to compromise and make everyone happy. That is true of my whole life back then. I haven’t managed to discover yet if it was the right decision. 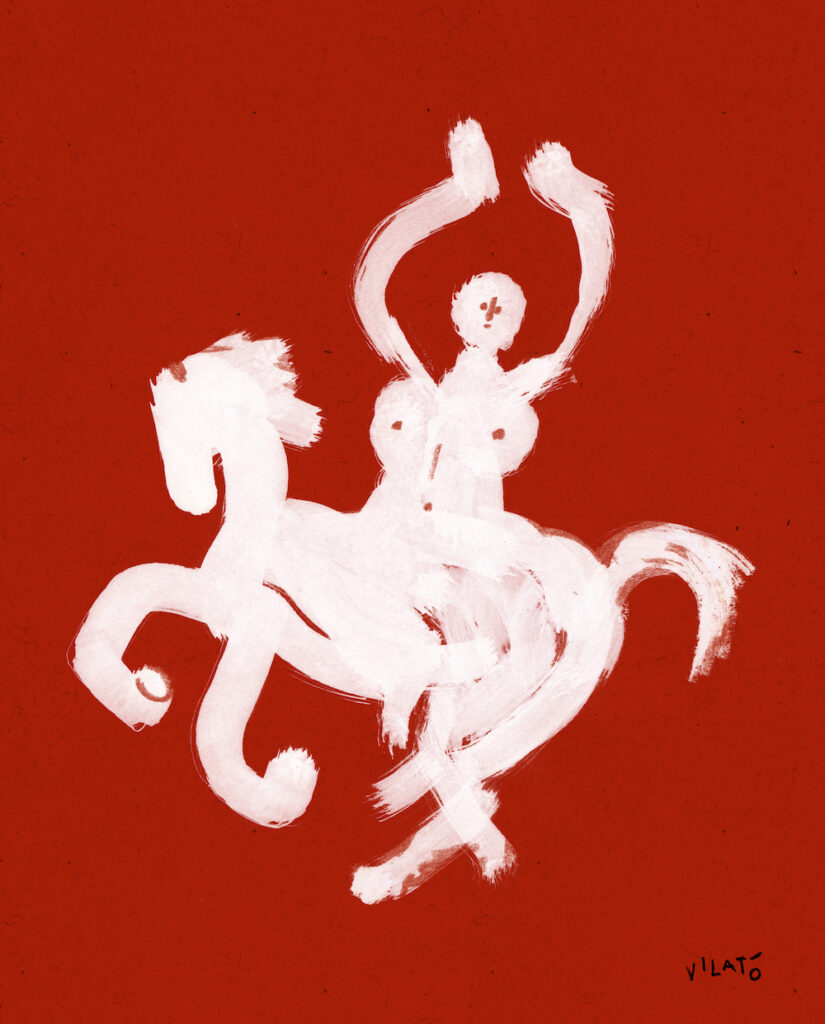 You did not study fine arts in school, but rather you learned your skills at home. Was home always a creative place?

My mother was most of the time on the strict spectrum. On the other side, my father was highly educated, formal, and very well-mannered but was never a man of rules. He trusted experience and therefore was not afraid to try new things and explore skills, but always with a deep focus. He was a doctor, but when he needed some furniture and didn’t have much money, he designed his own with the help of his cousin Maya Widmaier-Picasso. That furniture is still used today and is in great shape. That runs through the family veins, as my grandfather built a bookcase that I still proudly use.

On weekends, my father and I would spend as much time as possible out of the house, discovering Barcelona and visiting every possible museum and talking about family, death, religion, painting, beauty, light, and whatnot. Later, I was extremely lucky to meet what I call ‘free people,’ people who made it in the art world and lived their life by their own rules. I was fascinated by these passionate individuals and that is what I thought life would be like as an adult. I think it’s important not to take things very seriously, be it art or life itself, specifically one’s production or importance. So yes, home was always a creative place, because I was allowed to be creative and was always exposed to art, and also because I was given the opportunity to learn about art without snobbery.

Your great-uncle’s influence is evident in much of your painting. Do you feel his influence is more a result of nature or nurture? 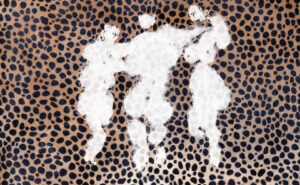 Yes indeed, he’s a big influence and he’s always been very present. I’ve been surrounded by the Picasso world all my life, through friends and family, exhibitions, paintings and all that jazz. That’s a huge advantage and privilege. Some families care about money, some care about society, some care about animals, but my family cared about art. Picasso was somebody important in the family, not as a celebrity, but rather as somebody who was simply loved. Picasso had only one sister, my grandmother, and they really took care of each other and their sons. I believe families share common characteristics, such as moral values or even a fondness for certain colors, patterns and so on. For our family, Picasso was somehow the transporter of those family values, ideas, and dreams. Undoubtedly that must have had an impact deeper than I could probably see. Consequently, I would probably conclude that it is more a result of nurture; however, I still think that there’s probably something in the genes. I never felt that I was walking in Picasso’s shadow but rather that I’ve been walking by his hand, and that’s a feeling that I’ve been experiencing more and more the older I get. 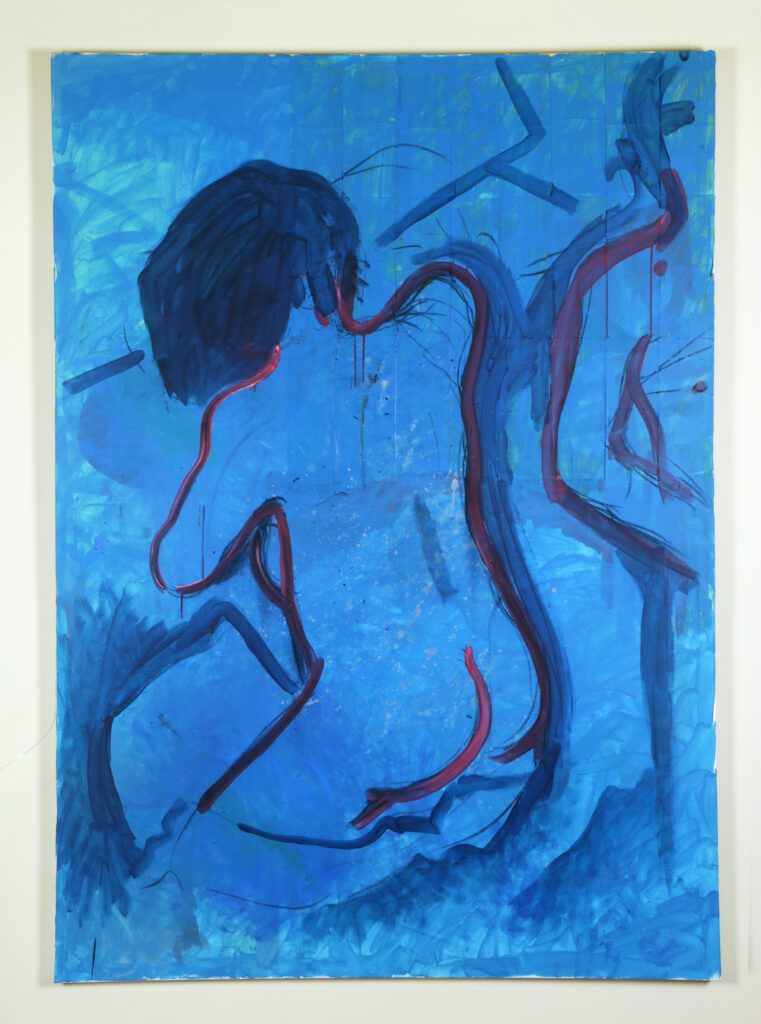 What is your favorite work of art from your great-uncle’s portfolio and why?

I don’t have a favorite work. What I’ve learned is that every piece contains a whole world that will explode in your face if you take the time to look at it, and when that happens it will become part of you and you’ll love it for sure. From time to time a particular piece will strike me and I will become a little bit obsessed with it even if I have seen it many times. There’s a painting that I’ve seen most of my life that still gets me to think of it at least once a week. It’s a large format from the late sixties that’s been in front of my bed since I can remember. There are two characters, presumably a tanned father and his son, who’s following a bird on a leash. It has always been so intriguing and it wasn’t until quite recently that I had an epiphany and understood the way the feet were drawn. One of the great things about Picasso is that his production is humongous which means that I won’t be able to see it all in a lifetime, much less have enough time to admire each piece. So, there are plenty to discover and with which to fall in love.

Has the public always known you as a Picasso relative, or have you kept that under wraps? When and how did you finally decide to allow this connection to be known?

Picasso didn’t use his original surname but rather his mother’s, the simple reason could be because Ruiz is quite common in Spain as opposed to Picasso. This means that it’s always been easy to hide from the public. The most pragmatic reason was to avoid all kinds of unsolicited requests. Moreover, it’s a very Catalan thing to be humble and try to go unnoticed. Being in the architecture field and being related to Picasso is not an advantage of any kind, so it was easy to go with the family tradition of keeping shut about it.

Are you still involved in architecture, and if so, what are some of the projects on which you are working?

I love architecture. I love the fact that it is so similar to the human body. Usually, the better it works the more beautiful it is but there are a few exceptions. Sometimes elegance can overrule that, sometimes it is something that can be fascinating, such a huge nose or a deformation and sometimes it is so ugly that it becomes attractive. Furthermore, not everybody is capable of seeing the beauty in the same places, just as for human beauty. That phenomenon happens all the time in architecture and I think it is intriguing and exciting. Having the ability to compare both worlds makes it easier to understand both, which, at the end, is probably the meaning of life. What I feel now is not that I’m switching fields but that I have a deeper understanding of the human condition so the next logical step is to go directly to the source in a retinal way, as Duchamp expressed it. When I paint or design, I’m still working on architecture but I spend less time drawing floor plans. We still do private residential but we are much more picky on the projects we take; time is limited so it must be enjoyed. 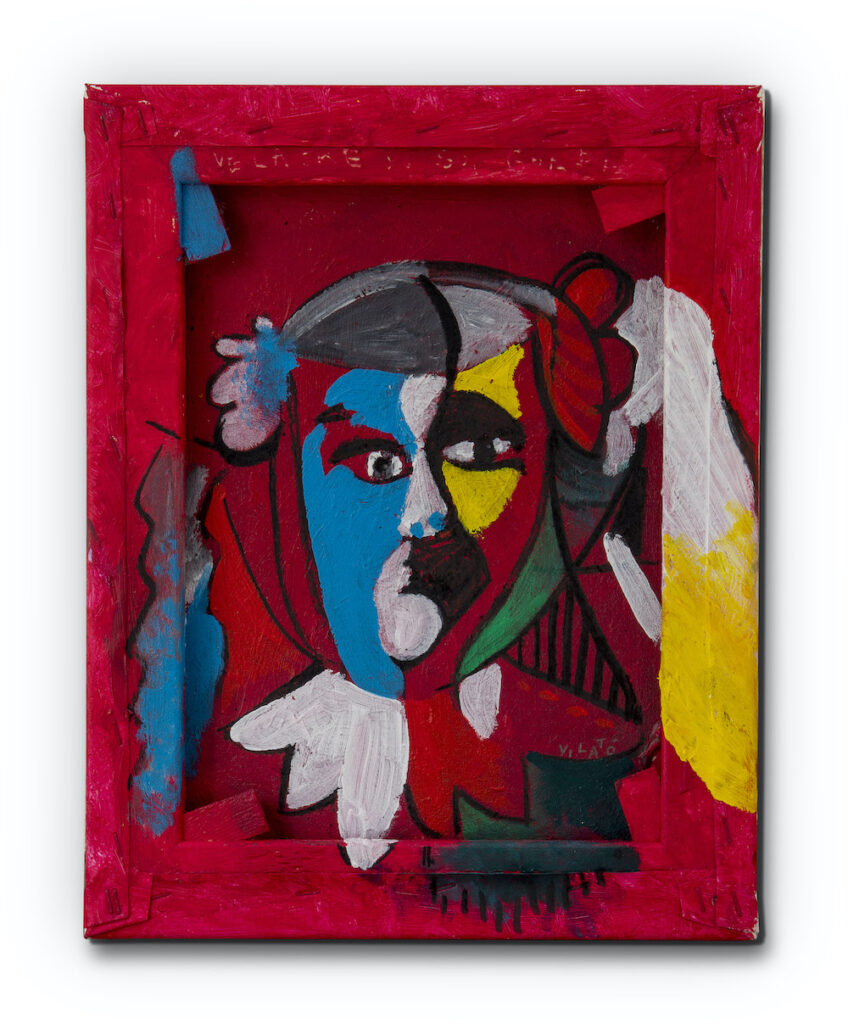 Where do your paintings and art objects find a home?

Most paintings are sold to private collectors. It’s exciting having someone love that much a piece that you do that they want to be able to see it every day. I couldn’t be more honored. Right now, we have collectors in the US, Mexico, Dubai, Malaysia, and Spain.

Have you ever been to San Francisco? Would you like to perhaps show in one of the city’s art galleries? 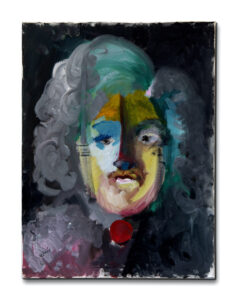 I’ve been there before and I remember quite clearly my first visit to San Francisco. I was probably around 4 years old. Obviously, I loved the city, so different from what I was used to in Europe. I was taken to some kind of exhibition about the tragic earthquake and that clearly left a mark on me. I still find myself sometimes drawing scenes from that journey. It’s probably one of the cities that shaped my childish imagery, along with Paris and Barcelona. I’m looking forward to visiting again as soon as possible. Art is about communication and it’s a great way to get to know people. Exhibiting in San Francisco would be amazing, and the perfect way to connect with my childhood and understand the city through locals.

Where can interested parties find and purchase your paintings and/or design objects?

A Magical Retreat to Renew, Recharge, and Reset in the New Year